Go to Shop
The luxury jewellery house chose 22-year-old singer and actor Cai Xukun as its new face. Cai is very popular among the younger Chinese generation (more than 34 million followers on… 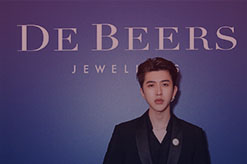 Using male ambassadors to promote traditionally female product categories like beauty or jewelry might seem strange in the West, but it is nothing new in China. For example, men have promoted other luxury brands such as Kris Wu for Bulgari, Jackson Yee for Tiffany & Co., and Lu Han for Cartier.

Congratulations on this announcement’s success! It is very exciting news for De Beers Jewellers, our e-commerce brand partner!

Full Jet is excited to share the latest news from our premium brand Theragun – Theragun mini launch on Tmall: The Theragun mini, a “fit-in-your-pocket,” yet “mighty” massage gun, it’s…

Full Jet has been honored to work with #Maje on the Fall/Winter 2019 season campaign activation of #MajeMyDogAndI that Crystal ZHANG Tian’ai was named as the Global Ambassador for. Maje… 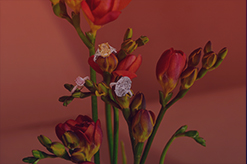 Full Jet is thrilled to officially announce the grand opening of De Beers Jewellers on the Tmall Luxury Pavilion. The brand made it to the Top 10 in the Jewelry…