From Celebrity Endorsement to idol industry in China

Why celebrities and idols are so important in the Chinese market

When brands enter the Chinese market, one of the first things they are usually told is to hire a celebrity to promote themselves and their products. There are four reasons for this approach.

First, in a highly fragmented digital ecosystem that is costly and in which it is difficult to attract attention, hiring a celebrity is a guarantee of being noticed. A celebrity is, first and foremost, a media that drives traffic and attention.

Second, celebrities are more effective in the Chinese market than in Western markets.

A study published by The Journal of Management and Market Research * shows that Chinese consumers were more interested than US ones in products which were endorsed by celebrity athletes and were more likely to request additional information about the products, as well as more likely to desire them.

Third, celebrities are far more trusted than brands which are always seen as potential liars.

The explanation for this is that Chinese consumers relate to celebrities differently than in the West. Chinese consumers tend to judge celebrities not so much based on their work and awards but more so on their behavior and morals. According to Tom Doctoroff, “the Confucian culture is a combination of rules and regimentation, and the individual does not exist independently from his obligations and responsibilities to others.”
In China, celebrities are symbols of system acceptance and demonstrate that “the system rewards talent and cherishes upward mobility,” says Doctoroff**. The government has continuously promoted role models for their patriotism, heroism, or exemplary role-fulfillment, using celebrities as a vehicle for promoting nationalism, traditional virtues, and the pursuit of modernity.

In 2015, for instance, the former SAPPRFT (State Administration of Press, Publication, Radio, Film, and Television) introduced a “Pledge on Professional Ethics, Self-Discipline for Personnel in Press, Publications, Radio, Film, and Television.” Fifty organizations across the entertainment sector signed the pledge. Actress Fan Bingbing declared at the time that “to be a good actor, one must first be a good person,” which notably included “abiding by the law” and promoting “truth, good, and beauty.”
According to The China Economic Review, Chinese audiences often judge celebrities based on their moral character. Other important characteristics are whether or not they are of rural origin and if they are cheerful and virtuous. Being hard-working is also a key virtue that makes a celebrity admirable. Therefore, if you are thinking of hiring a celebrity to endorse your products in China, look further than how well-known they are and their work. First and foremost, see whether his or her life and attitude align with your brand’s values.

Fourth, another key difference in the way Chinese consumers relate to celebrities is the nature of their involvement, especially in their relationship with idols. It is crucial to understand the difference between a celebrity and an idol.

A celebrity is an actor, singer, entertainer, or TV host. On the other hand, an idol in Asia is a subgroup of celebrities referred to as good-looking celebrities, most often Japanese or South Korean. Today an idol is any attractive young celebrity (18-30 for men; 18-25 for women) with an enormous amount of fans who are not famous for any representative work. They are usually the result of reality TV and song contests. They have short careers and tend to monetize their fame as much as possible by accepting almost any marketing deal. On the other hand, celebrities famous for their work will turn down some deals to not damage their reputation and compromise their career.

Since fans have directly contributed to the idol’s fame by voting for them and urging others to do the same, there is a sense of “ownership” of the idol.

In 2018, Chinese Canadian rapper Kris Wu ranked in the top ten of the charts on iTunes with seven songs, dominating pop singers Ariana Grande and Lady Gaga. Wu received this ranking despite his music failing to impress audiences in the West and hard-core hip-hop aficionados. He achieved this because most people who had downloaded Wu’s songs were Chinese fans who had made multiple purchases per person to support their idol, thereby tricking iTunes algorithms into ranking the songs into the top tier.

Unlike fans in the West who look up to idols, fans in China see themselves as “mother figures” who look after their idols and their careers. They see themselves as accountable contributors to their idol’s success by actively buying or promoting products they advertise. A common way to earn respect in a Chinese fan community is to buy an idol’s advertised product, take a screenshot of the purchase with your username on it, and upload it to social media while tagging the brand.

According to the White Paper on the Idol Industry and Fan Economy in 2019, with the rise of post-95’s and post-00’s consumer power, the younger generation’s willingness and ability to consume their idols’ promoted products are continuously growing. It is estimated that in 2020, the Chinese idol market size reached 100 billion RMB. In the “fan circle,” fans call their way of expressing their love for idols “support.” They make great efforts to grow their idol’s popularity, reputation, and business value. Fans in the “fan circle” will frequently purchase music albums or products endorsed by idols as well as actively and repeatedly generate posts and comments on social media. Buying idol-endorsed products have surpassed supporting the idol’s work.

But there is a risk involved in using idols, as was illustrated in the case of Xiao Zhan in February 2020, when fans of this idol were so actively engaged that they attacked another brand that was perceived to be damaging Xiao’s image. In return, fans of the other brand counter-attacked and in the end permanently hurt Xiao’s idol image and the brands it was promoting ***.

In conclusion, brands should use celebrities to draw attention and drive traffic based on the life and values of the celebrity rather than their work alone. If the brand wants to generate sales, using an idol is probably a better option, but it can be risky. Fans are pretty much in control of the idol, and sometimes their reactions can be unpredictable and uncontrollable. This is why brands should use idols with caution and minimize the risk by using multiple ones, keeping in mind that they can generate temporary buzz and short-term sales but can also cause long-term damage.

Written by Sandrine Zerbib, Founder and Chairwoman of Full Jet powered by Baozun

* Market me China. The impact of celebrity endorsements when marketing to China- December 2015 – https://www.marketmechina.com/the-impact-of-celebrity-endorsements-when-marketing-to-china/ 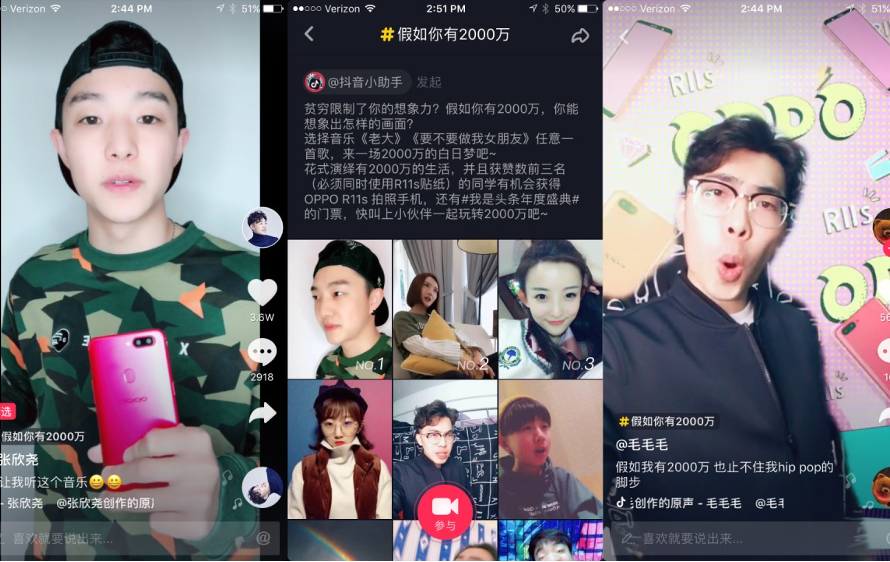 Today one could argue that Douyin is not just the most successful app in China but also the most advertising-friendly. I will explain why.  Douyin is probably the platform that…