Go to Shop
Check out what our brand expert, Patrick FAURE, has to say on why brands shouldn’t sell their souls in China. A little man named Yelo lived in a remote village in the countryside. He used to make beautiful watches with all his love and craftsmanship. In the middle of…

When Brands Sell Their Souls In China

Check out what our brand expert, Patrick FAURE, has to say on why brands shouldn’t sell their souls in China.

A little man named Yelo lived in a remote village in the countryside. He used to make beautiful watches with all his love and craftsmanship. In the middle of the quadrant, he would write his name: Yelo. Everybody in his village was wearing his watches.

Every week, a man who lived in the big city would come to buy a watch from him.

After some time, he bought two, then three and sometimes even four. Yelo could hardly catch up. He asked the man: “Why do you need so many watches?” The man answered that it was not just for him, but that his friends in the big city also liked Yelo’s watches very much. Yelo said he would love to go the big city to see this with his own eyes. But the man would always tell him it was not a good idea. Yelo didn’t quite understand why.

One day, he decided to go anyway. When he arrived at the centre of the big city, he saw a big shop selling his watches and others he didn’t even remember having made. Above the shop window was written YELO in big letters, in the same way it was written on his watches.  On all the watches, even the ones he hadn’t made, was also written Yelo.

He asked a man coming out of the shop. “Who makes those watches?” The man answered “Mr Yelo of course!” and he pointed to a man inside the shop. He recognized the man from the city. He came in and told him. “How can you steal my name like this?”

The man answered: “I didn’t steal your name, Yelo was always My name!” and he called the police. They arrested this little peasant that nobody knew and who pretended to be called Yelo.

This story will probably sound familiar to many companies who decided to launch in China be it online, offline, or both.

Before even starting, the brand has lost ownership of its identity.

When brands want to take back control, as many do when they are successful and want to increase their profit, they suddenly realize that taking back control at worst is no longer an option, at best means starting all over again from scratch. New stores, new social media accounts … with no follower.

This is also the moment when they realize that the distributor who once was their partner, can turn into a fierce competitor. Often a distributor will work for several brands of the same category. This will help increase his influence on E-Commerce platforms.

This means that in the case where the distributor can’t simply keep the brand for himself, it can at least try to shift its consumer base to another competitor of which he is in charge. All he will need for that will be to hurt the first brand, which can easily be done when you know a brand from the inside and have control of its voice and its capacity to be heard.

So what should brands do to avoid falling into that situation. Owning their trademark, stores and social media accounts, for sure. Only allowing their partners to operate under their supervision. Also. But brands should also acknowledge how instrumental their distributors may have been in their success (and may be seen as such by e-commerce platforms with which they are in contact) and how “cheated” they can sometimes feel when they are ditched for no good reason in their view.

Maybe imagining a different future, where the historical distributor still plays a role, is a better way to go for a brand than taking back control of everything and losing it all.

China’s high tech Covid-19 response: Another step towards global technological leadership?  China’s entrepreneurs are getting it right. What lessons should global leaders learn from it?  Co-written by Sandrine Zerbib and… 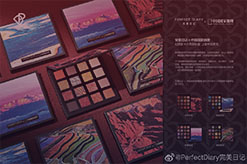 The Impact & Implications of the New Regulations on Livestreaming in China