As Brands have suffered losses in China in the last month and a half and are beginning to experience losses in many other countries, the first reaction for companies is to cut expenses, and Digital Marketing always comes to mind as a natural one, apparently less painful than others.

The first reason to take into account before cutting your Digital Marketing budget is to remember that “Marketing is an investment not an expense.” When you spend money on any marketing or advertising initiative, there will be a return on that investment (ROI), and if you do things right that return will be higher than the initial investment.

A second reason is that the measures taken in China to contain the spread of the epidemic seem to be bearing results and could lead to a quick economic recovery at a time when other countries are just starting to see the impact of the outbreak. This recovery will probably first benefit E-Commerce, as consumers are still wary about going into shopping malls after the first imported cases of Covid19 were reported.

A third reason is that when your competitors are cutting investments, it makes yours worth more, because your share of voice (defined as your brand’s percentage of the total media buying in your industry for a specific time period) is bigger.

Binet and Field have shown that there is a direct correlation between Share of Market (which is your percentage of the total revenue for that same time period) and Share of Voice (cf. Marketing in the Era of Accountability). According to the same research, brands with a high SOV relative to their size tend to grow.

It has also been proven that cutting investments during a recession slows down recovery. Paul Dyson showed that “the increased spend required during the recovery just to get back to pre-recession sales levels within a year will have to be around 60 per cent higher than the amount saved by cutting the ad budget in the first place.” In other words, if I cut my ad budget by 1 during a recession, I will need to spend an additional 1.60 to get back to where I was before it started.

Brands who have invested during the last two weeks in China have seen the benefits of doing so. Adidas launched its Tmall Super Brand Day on Feb. 21st and the February sales on its Tmall.com flagship store reached 340 Million RMB; while Nike Tmall Flagship February sales were only 172 Million and Anta & LiNing Tmall Flagship sales were respectively at 73Million & 86 Million.
In the same way, we at Full Jet have seen most of our clients overperform relative to their investment on Women’s day a week ago. Of course, as we have seen in a previous article, depending on the category you operate in, the time for investing may vary.

Remember nevertheless to invest on a healthy mix of branding and online sales activation. Putting all your money on sales activation may be a good idea in the short term, but it is brand building which is the main driver of growth on the long run. Brand building tends to produce lasting effects, whereas sales activation effects fade away rapidly (also according to Binet and Field).

Of course, in order to benefit from this increased share of voice you will need to invest before others do. So, don’t wait for your competitors to make the first move, it will probably be too late by then!

SELECTING A KOL IN CHINA By Patrick FAURE, brand expert in Full Jet Today a considerable and increasing portion of brands’ communications budget in China is being allocated to Key… 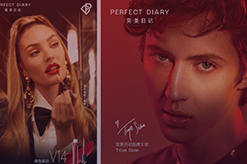