Go to Shop
Today one could argue that Douyin is not just the most successful app in China but also the most advertising-friendly. I will explain why.  Douyin is probably the platform that… 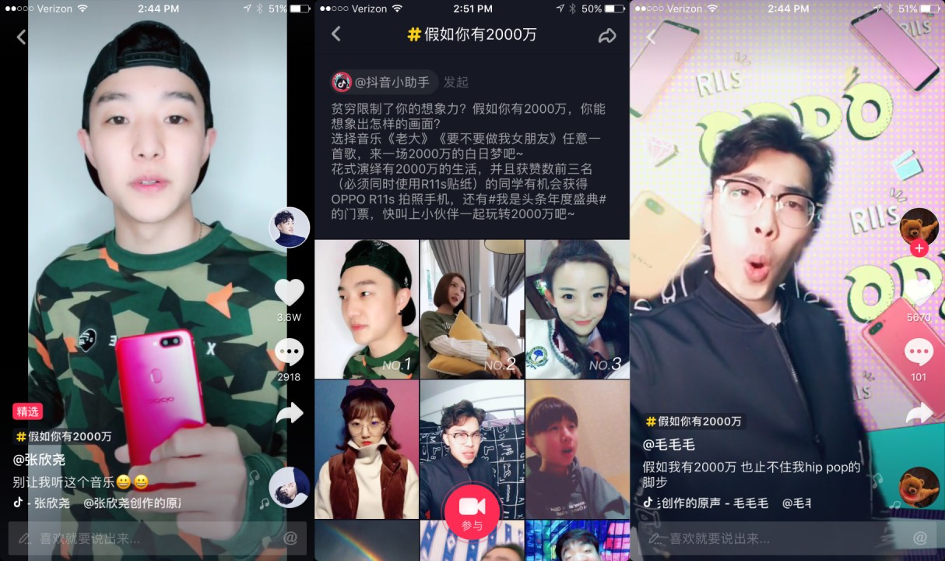 Today one could argue that Douyin is not just the most successful app in China but also the most advertising-friendly. I will explain why.

Douyin is probably the platform that is the most financially dependent on advertising revenue and, therefore, has the largest interest in being friendly to advertisers. Tencent and WeChat only 17% of Tencent’s and WeChat’s revenue comes from advertising, so they have always seen advertising as a nuisance that can upset users – their most valuable asset.

When Douyin was launched, the advertising formats WeChat offered, such as the Moment Ads, were still poor and often static. Besides formats, WeChat and Weibo both suffered and still suffer from advertising being displayed in an environment where consumers’ mindsets are not very receptive to advertising.

No one wants to be distracted by advertising when they are actively searching for hot topics or news from friends. This has changed a little since WeChat started copying Douyin with WeChat Channels.

Alibaba, on the other hand, has the opposite problem. Indeed, it welcomes advertising as it makes 60% of its revenue from it, but the context of the platform only allows for certain types of advertising to be noticed, way down the funnel.

Advertising displays are targeting consumers in a buying mode, mostly receptive to transactional messages such as promotions to push conversion. The platform is not the place to try to capture people’s attention with a brand message.

Douyin targets Millennials and Gen Zs, the most valuable consumers in China

On the other hand, Douyin, which makes all its revenue from advertising and commission fees it charges content creators, provides an environment for advertisers.

Douyin targets Millennials and Gen Zs, the most valuable consumers in China, and provides an environment that makes them highly receptive to advertising. This is thanks to five main areas of improvement it has brought to the short video app market.

The first area of improvement is the full screen in high definition, which makes the app more visually impactful and immersive. Inspired by Musical.ly’s interface, it was China’s first full-screen mainstream app.

Since videos shot via the phone’s built-in camera are in full-screen, it seemed logical to Douyin’s creators that if you wanted to make a short-video mobile app, you needed to showcase the videos in their original format.

The second area of improvement or differentiation is the music. The slogan used to be “Douyin, a short music video app.” Music makes a video more expressive, and it acts as a filter.

Special effects and beauty filters = a key element for Douyin

The third area is the filters themselves. When Douyin was launched, there were a lot of special effects camera apps at the top of the App Store ranking list, which made one realize how much Chinese people really like these special effects and filters. Special effects and beauty filters have become a key element of Douyin.

Instagram originally popularized the concept of a filter, but Chinese app beauty filters did far more than change a photo’s colors and contrast levels. They changed shapes and rendered whole faces completely unrecognizable and more attractive, as we now know they can since all those filters and effects eventually made it overseas.

Because of this, Douyin is a short-video platform where a vast majority of the clips are produced by ordinary people using their phones, most typically shot with a popular song as background. The app makes it easy for anyone to come up with original content, and the clips can be made ready for sharing within minutes.

Video editing functions are easy to use. Special effects can be added and original filters applied as well. This makes the viewer both more engage (because they can better relate to content posted by like-minded people) and less judgmental with regard tothe quality of the content posted.

The fourth area of improvement to the user experience is personalized recommendations. Douyin took on board all the knowledge Bytedance had gained by running Toutiao.

The fifth and most important element that makes Douyin the ultimate ad-friendly platform is that, rather than focusing on refining the search function, the app developers have gambled on having a continuous stream of clips with minimal user control. Only watching the entire video or skipping it will take you to the next one.

The user’s choice provides the necessary feedback to the app, which, in turn, uses it to further refine the feed based on the personalized recommendation. This continuous stream of clips creates the main strengths of Douyin’s intelligent advertising. The winning formula is the ease of use, almost passiveness of use. Therefore, receptivity to advertising, combined with better recommendations in a localized content environment, is the winning formula.

In a way, Douyin has recreated recreated the strength of past advertising: the fact that it was completely new. In comparison, online TV advertising or YouTube advertising is an annoying distraction for an active viewer. TV advertising is or was an unavoidable annoyance, processed in a low involvement environment but tolerated as a necessary evil.

Douyin brings this mindset to a new level. The viewer is not distracted by advertising because the format of the clips they watch is like advertising and is processed in in a similar way.

Douyin is almost like a channel where there would be nothing other than uninterrupted advertising. The viewer comes to the platform for a definite or indefinite moment of semi-passive short video relaxation – an advertiser’s dream.

Douyin also has other features that make it advertising friendly. Like Tik Tok, its overseas sister app, its homepages include trending hashtags, banner ads, and links to short videos. However, Douyin also features rankings of top accounts in various categories, including celebrities and brands including luxury, beauty, electronics, etc.

The most powerful marketing platform for brands and advertisers

Douyin is also the most powerful marketing platform for brands and advertisers across the consumer journey. Brands can partner with KOLs to build awareness and consideration for their brand and get direct sales for their products in the Douyin store. Now Douyin has launched mini-programs that allow brands to create their Douyin stores.

In conclusion, one could say that Douyin has improved the short video app market but also has revolutionized it with the continuous flow of clips, making it an ideal environment for advertisers. Furthermore, it has done all it could to make consumers’ and advertisers’ lives easy by allowing traffic to be directed to EC.

Written by Sandrine Zerbib, Founder and Chairwoman of Full Jet powered by Baozun

Double 11 is coming and with it comes back the never-ending questioning about premium brands and discounts. Should a premium brand make discounts? How big? One should remember that when…

Why Premium Brands Shouldn’t Be Afraid of Discounts in China

China’s entrepreneurs are getting it right. What lessons should global leaders learn from it? Co-written by Sandrine Zerbib and Aldo Spaanjaars – China veterans and experts of “Dragon Tactics”.  … Appearing first in 2013 in China, live shopping has seen unprecedented growth since 2017, around 280% per year until 2020, according to a McKinsey report. It was worth more than…